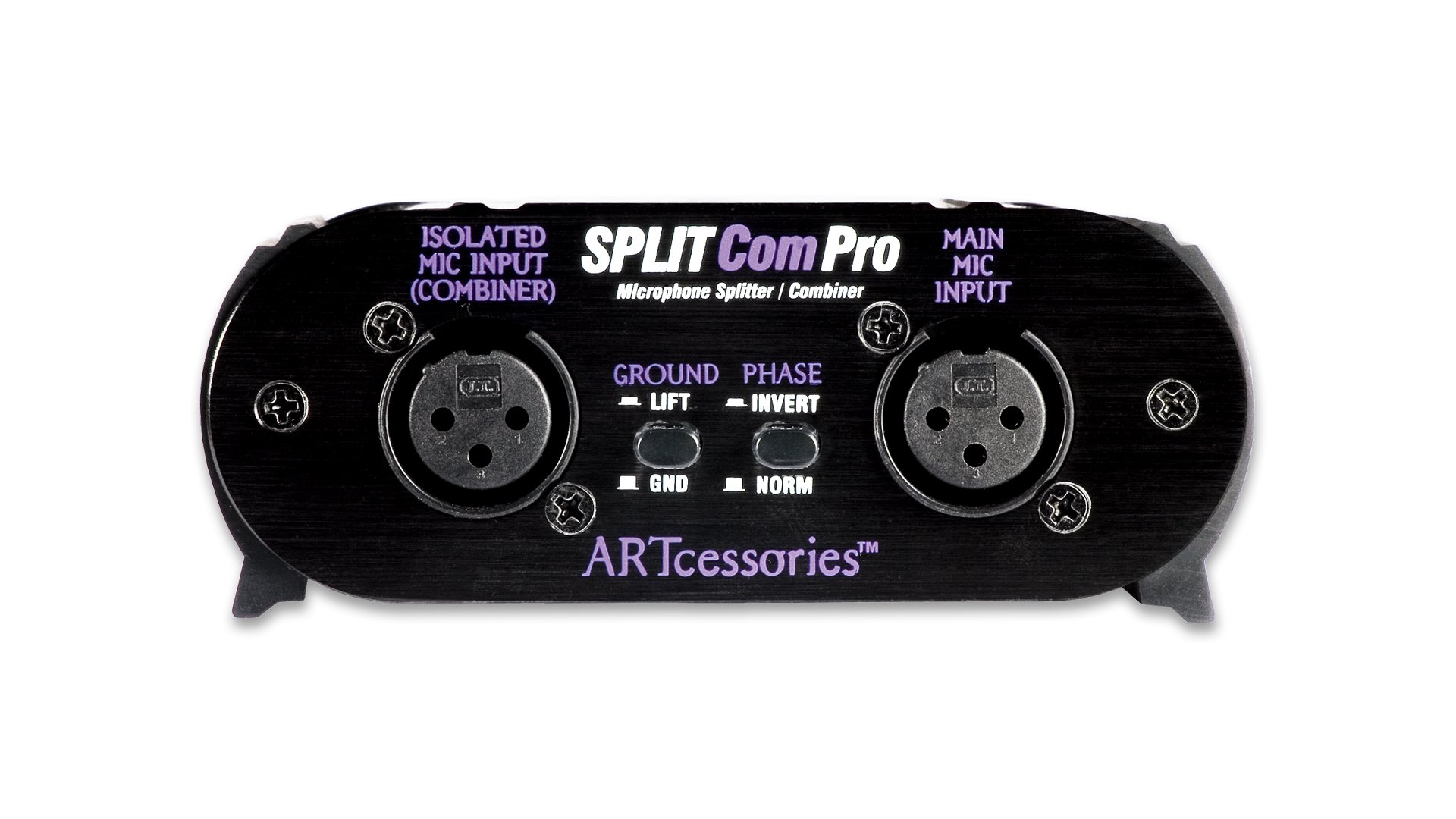 Use the SPLITCom Pro to Split or Combine balanced low impedance microphone signals.

AS A SPLITTER: The SPLITCom Pro provides one direct-coupled output and one isolated output from a single microphone. Applications include sending the direct output to the main or FOH mixer, and the second isolated output to a monitor or recording mixer. The MAIN MIC OUTPUT passes phantom power from the main mixer to the MAIN MIC INPUT for use with condenser microphones. Phantom power is blocked from passing to the ISOLATED MIC OUTPUT.

AS A COMBINER: The SPLITCom Pro provides one output from two microphone inputs. The PHASE switch can be used to invert the relative phase of the ISOLATED MIC INPUT. Applications include dual micing of percussion instruments, choirs, and instrument amplifiers. Phantom power passes through each output to their respective input, (MAIN to MAIN, ISOLATED to ISOLATED), however phantom power is blocked from passing between the MAIN and ISOLATED signal paths. Only the audio passes between the MAIN and ISOLATED signal paths (it is present on all inputs and outputs).