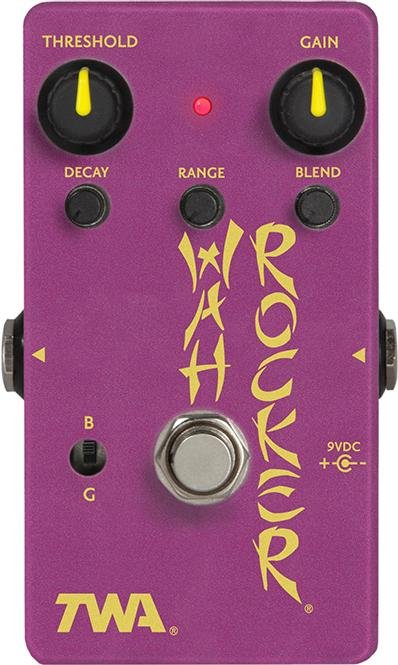 Item is currently available for purchase online. Please call 469-287-5774 for a shipping quote.

Even if you’ve never heard of the Guyatone Wah Rocker®, you’ve definitely heard it.  A secret weapon of countless pros, this diminutive funk machine has been used by such luminaries as Guthrie Govan, Lenny Kravitz, Stevie Salas, David Torn, Bill Laswell, TM Stevens, Everlast, and Powerman 5000, just to name a few.

When Guyatone ceased production of the WR-3 in 2013, demand for the Wah Rocker® went through the roof, and so did the prices on the vintage market!

In an effort to bring the Funk to the masses, we’ve decided to resurrect the beloved “Duck Box” in an all-new, Totally Wycked Audio device.

Based on the original WR-3™ circuit, the TWA Wah Rocker® nails the squawky, slippery, super-funked-up filtering of the Guyatone version.  Better yet, it also features several updates that greatly improve on its functionality and performance compared to the original.

In addition to the standard Threshold and Decay controls found on the original, the TWA WR-03 sports the following all-new features:

Super-Funky, amazingly versatile, Totally Wycked—the TWA WR-03 brings the legendary sounds of the Wah Rocker® back for everyone to enjoy and employ!!!