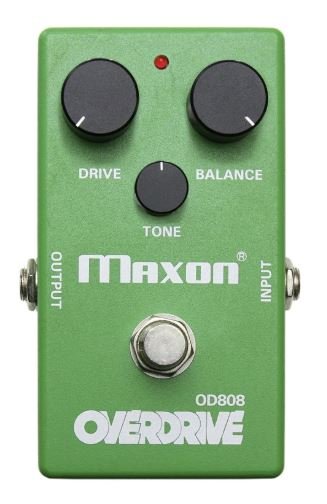 Maxon has collaborated with David Koltai, president of Pigtronix to bring you the limited edition 40th Anniversary Pigtronix-modded OD808.

The OD808-40P features Pigtronix's “Germanium Fat Mod” which, according to Koltai, has been “imbued with the ability to blow the balls off a charging rhino at 100 yards.”

This uncanny ability has been achieved via a unique configuration of clipping diodes, increased gain, and a slightly improved low-end curve

Dave likes the mod so much that the OD808-40P now holds a vaunted place in his live pedalboard.